Synergy Officer selected as ‘Security Officer of the Year 2019’

Synergy Officer selected as ‘Security Officer of the Year 2019’ 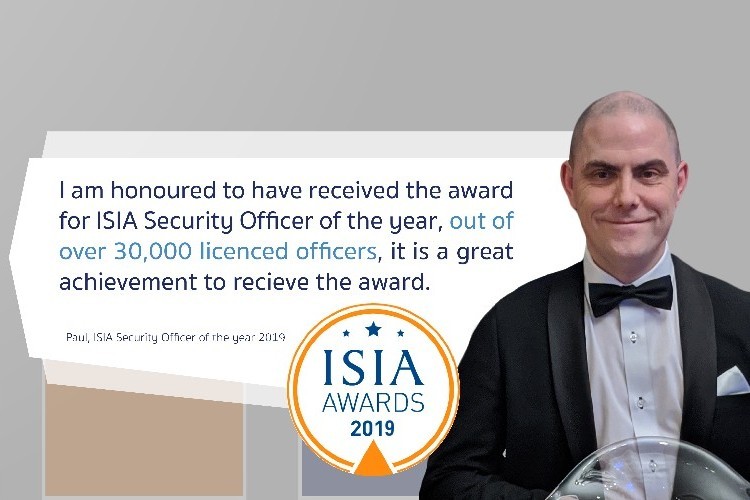 November saw the prestigious and respected ISIA awards come around once again. Our team enjoyed a successful night in the luxurious setting of the Powerscourt Hotel, all topped off by our very own Paul Looney scooping the coveted award for Security Officer of the Year.This is a much sought after award and one that Synergy officer’s have been awarded on numerous occasions over the years.

This award recognises exceptional service to the client and their stakeholders by security officers. The award demonstrates the importance management attaches to high standards, exceptional achievements and outstanding service by recognising the contributions of individual security officers to the success of the security contract. This year there were a staggering 2000+ applicants for this one award. It is a great achievement for any Security Officer and a proud moment for Synergy Security.

Paul has been recognised for the exceptional contribution he makes in his role as a Security Officer for Wilton Shopping Centre, Cork and for his commitment and dedication to the Private Security Industry.

Shahz Saeed, Group General Manager Synergy Security explains; ‘Paul Looney has been employed by Synergy since 2007. Prior to joining Synergy he was night manager at the 4 star Maryborough House Hotel. Since he came to us, his skills in dealing with our clients and in particular, their customers is well known throughout the industry in the region. His calm approach, especially during stressful situations, lost children or incidents of a serious nature, Paul will always steady the ship and provide comfort to those in need. He is a qualified first aider, a qualification that is put to use a number of times each month.  Combined with his customer care training, he is the officer we send our new Security Officers to for their induction training’.

Our client, Suzanne Irwin, Manager of Wilton shopping centre, holds Paul in very high regard, saying ''In the time that I have known Paul he has provided us with an excellent service, in that on numerous occasions throughout the years he has gone way beyond his call of duty'.

Congratulations to Paul and all the night’s winners and to the team at the ISIA for another enjoyable event.

With over 8 years security management experience, Shahz has led some of the largest national accounts and has deep knowledge of the needs of Synergy clients. He cares about how Synergy addresses the unique solutions and services required by our customers.

He consistently focuses on a genuine team approach, designed to take our customers to a higher level of service. Shahz delivers a team-oriented management style, which has proven to be the perfect match for our Account Management strategies. 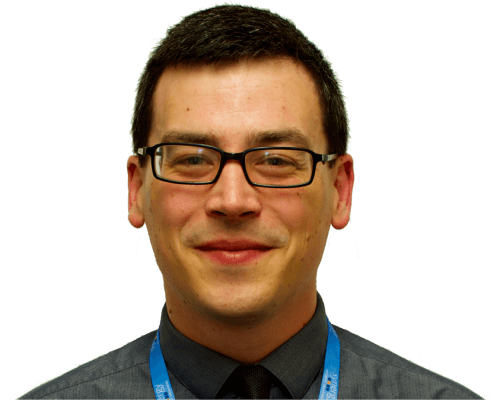 Synergy Security Solutions employs Area Supervisors who work in shift patterns so we can provide a 24 hour response service. This service can be obtained to perform regular patrols of your business premises or merely to respond to alarms or incidents. This ensures that your business is monitored and incidents dealt with in a professional manner, regardless of the time, day or night. Reports are available in real time and are automatically emailed to you after the patrol or the incident is dealt with.

We operate from 4 regional offices located throughout Ireland, providing national coverage and peace of mind wherever your business is situated.

At the end of the working day you simply set your Intruder Alarm and go home for the evening. In the event of an incident occurring out of your normal working hours our Mobile Fleet will be dispatched to your premises and deal with the situation on your behalf.

What happens if there is a break in?

We work with a number of local partner companies to ensure that we guarantee not to leave your site until the issue is resolved â€“ or you have given us permission to. From glazing to boarding, gas & electricity problems to Intruder Alarm failures, we will work with our suppliers on your behalf.

What happens if there is a false alarm?

Our Mobile Fleet will ascertain, where possible, the cause of the false alarm in order to prevent it happening again. The majority of Intruder Alarm call outs in Ireland are false alarms, caused by a number of things but most commonly open windows and faults on Intruder Alarm Systems. If we feel that your premises is generating an unusually high number of false alarms we will ask your Intruder Alarm partner to attend the site during working hours to work with you to solve the problem. In any event false alarms are always correctly reported and customers can download the latest occurrences through our customer portal.

Do I really need it?

Many businesses do not currently recognise the impact on their insurance should an incident happen. By employing Synergy Security Solutions to act as your official company keyholders, not only to comply with lone worker policies but business continuity will improve, as no longer will senior members of your team have to attend the site in the middle of the night.